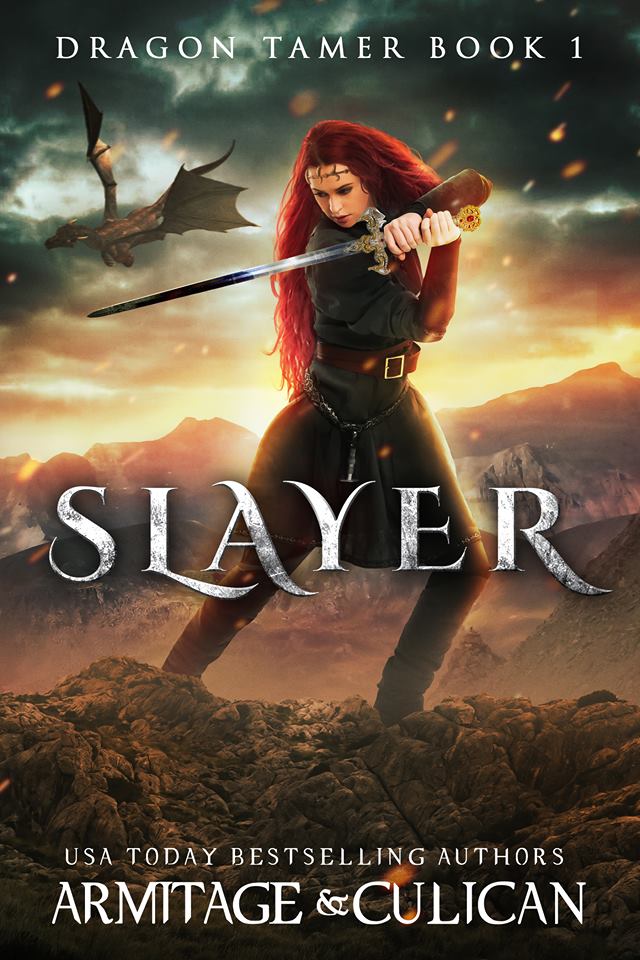 To survive, one must slay

Dragons have terrorized Julianna's village for generations. Nothing will stop her from succeeding in her first dragon hunt. Until she meets one, that is. His isn't what she was told to expect. Big, angry beast? No. Normal looking man? Um...yeah.

Ash is just as surprised by his first "dragon slayer." She's not big and tough. Sure, she's got a fire diamond sword--which she's very proud of--and some really uncomfortable looking armor, but her heart is bigger than she's willing to admit.

The war between their two races is only getting bigger and bloodier. Danger hides behind every bush, rock, and inn. As the two of them come together, they realize they have more in common than their leaders want them to notice.Together, Julianna and Ash might be able to discover what the real purpose of this war really is and find a way to stop it. For the sake of all their people: dragons and dragon slayers alike. 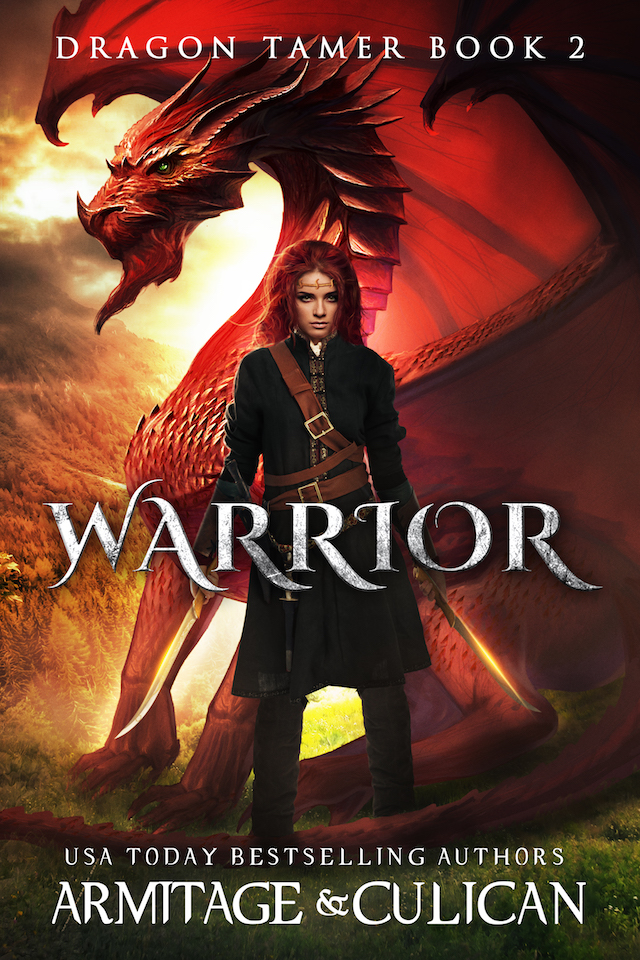 Free the dragons? Piece of cake.

Julianna never thought that going after her first dragon after years of dreaming to be a Slayer would result in saving one, but now she's determined to not only keep Ash safe, but help him free the dragons trapped in the Slayer's swords.

The only way to free them requires a visit to the Goblins who created the swords in the first place. Not so easy a task when Dronias is divided by war. Getting answers is only half the battle, and danger is creeping closer as Ash and Julianna search for every last sword created.

With the help of an unlikely ally long believed dead, Julianna and Ash will stop at nothing to free those enslaved. As Julianna risks more and more of herself to keep her promise, will Ash be able to keep her safe? Or will her sacrifice be her undoing?

Julianna, a born dragon slayer, has found herself in the precarious position of being an unwitting dragon savior instead. Only her blood is able to unlock the dragons bound inside the goblin made slayers' blades. But some of the swords are missing and the dragons, slayers, and even the wolves are on a mission to find them.

The only people who know where the swords might be are the goblins, but everyone knows never to trust them. They're cunning and cruel. Somehow, Julianna and Ash must find a way to outwit the goblins into giving their locations.

Before she becomes too weak to fight the draw of the slayers' blades. 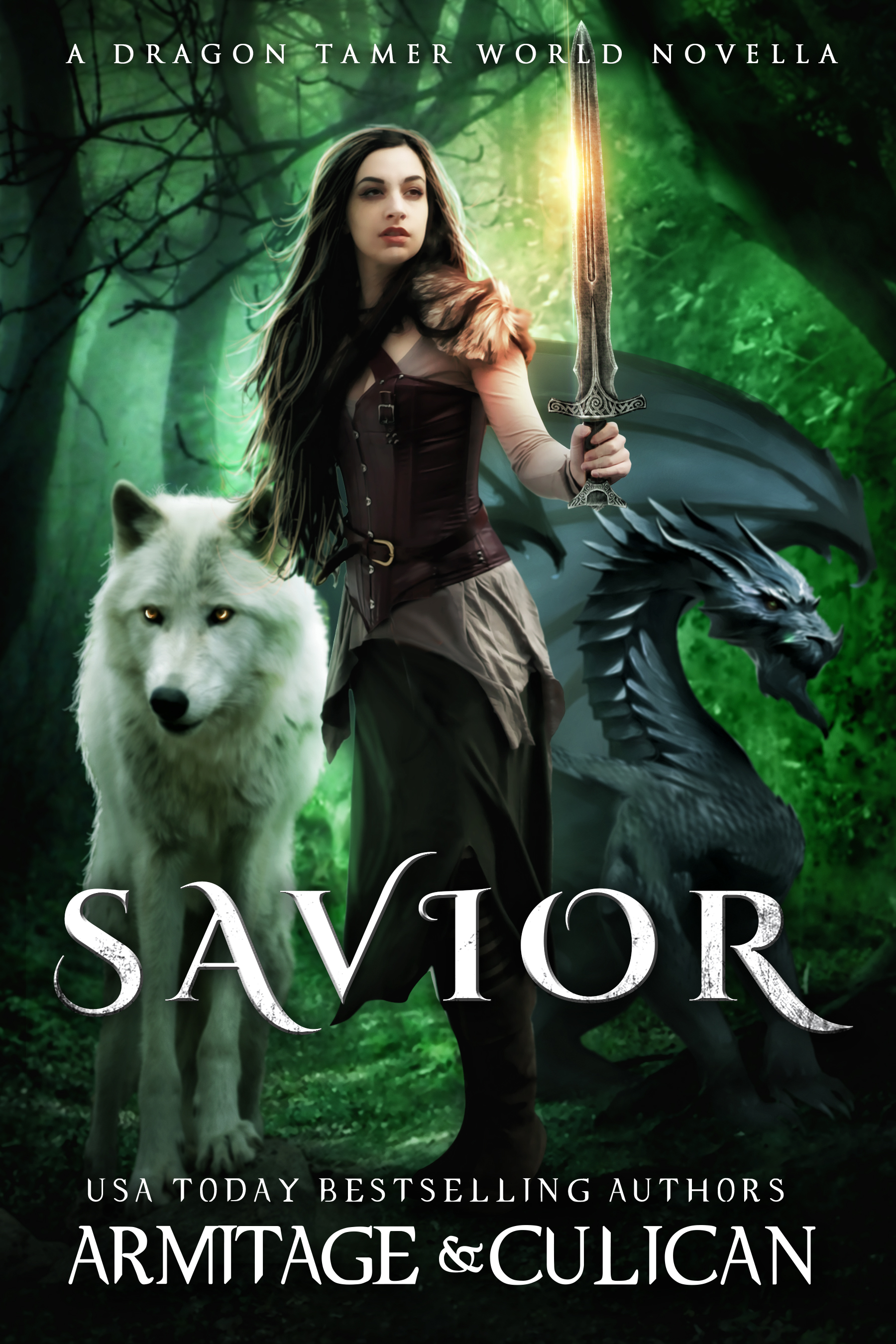 Morganna is a legend, the fiercest dragon slayer ever to live. Nothing can stop her, nothing that is but the truth. A truth that will change her life forever.

A legend.
I can bring a full-grown dragon down with a simple swipe of my sword. Men want me and women want to be me. But everything comes at a price. A price I just paid as I run for not only my life but the one I love, in the dead of night.
Exiled over jealousy.
My options are limited. I belong nowhere. The mountains with the dragons or the forest with the werewolves? Neither will accept me. But that won't stop me, for I am Morganna.
I am a legend.
A companion novella to the Dragon Tamer series, full of dragons, werewolves and slayers by USA Today Bestselling authors Armitage & Culican.