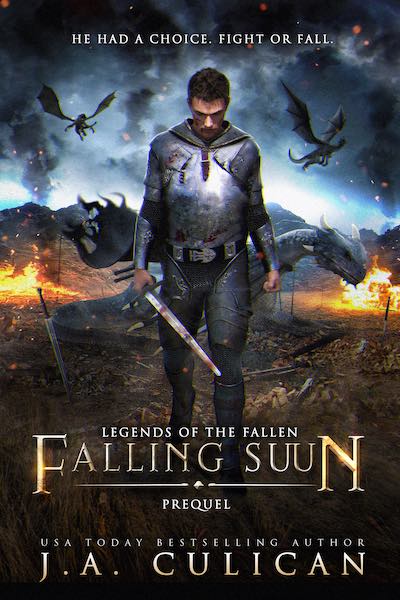 He's the only one who can stop what's coming. But even he may not be enough.

Onen Suun is immortal and the only one who has the power to go up against the dark god, Dag'draath, who is waging a war on everyone. Onen is doing the best he can to bring everyone together, to fight for the common good.

But they're losing. With every day the war rages on, he loses more people. More victories mean fewer fighters for the next engagement. His allies, his trusted friends, are leaving him.

He still has one move left. It's desperate, but so is he. So is the world.

He will do anything to ensure the people of this world have the fighting chance they need to survive and outwit Dag'draath. 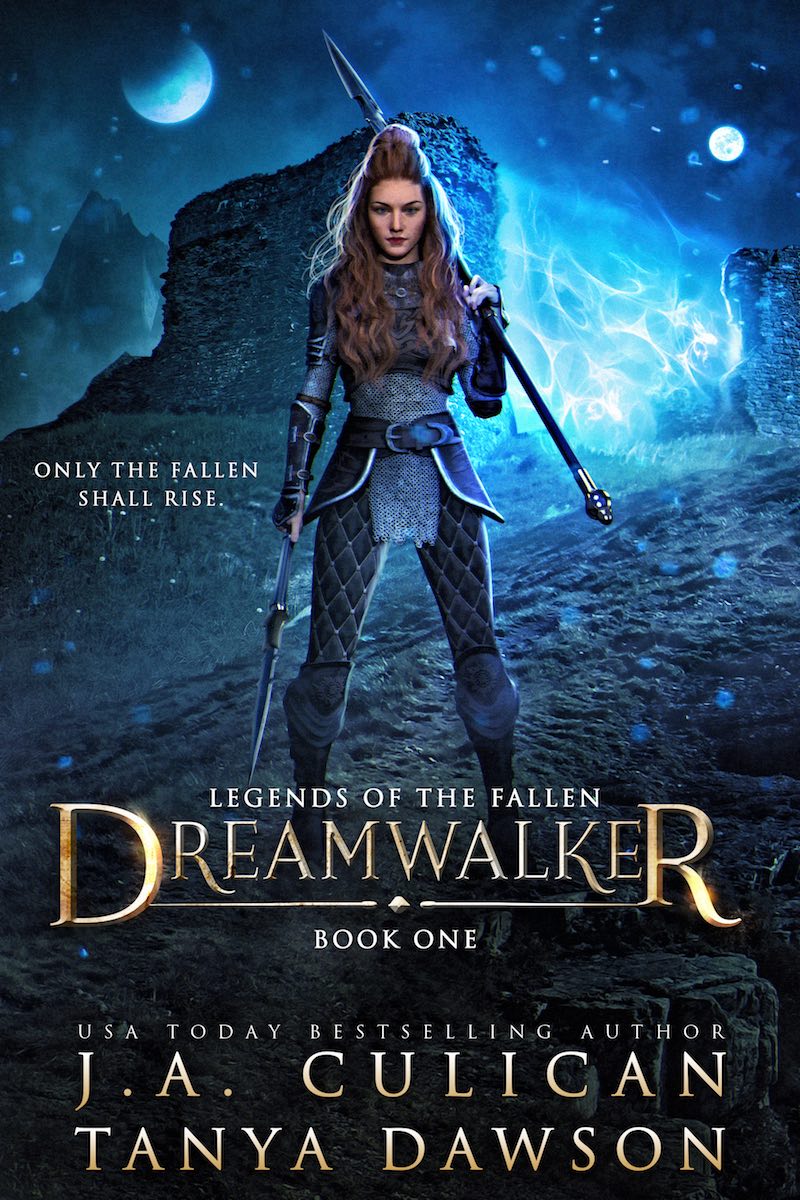 She’s dreamed of being a great warrior. Instead, she becomes her world's worst nightmare.

Aria is living the life of a healer, a position that’s been forced on her to keep her away from her dreamwalker abilities and her true desire of being a warrior. But there’s one dream that refuses to leave her alone- a man in a barren landscape of sand and rocks and ur’gel, deadly creatures designed for war.

But as she fights to learn how to hone her dreamwalker gifts in order to save this man who she feels an odd connection to, her world folds in around her. Her village is attacked and her brother is taken. The ur’gel demand one thing: bring Beru.

The man from her dreams.

But all the information she has about the man called Beru is that he was a traitor to the great hero, Onen Suun, who imprisoned the fallen over two centuries ago. If she frees this enemy in order to save her brother, how could she live with herself?

But if she doesn’t and her brother dies...

Save her brother or start a war. The decision is hers.

This begins the epic story of the Legends of the Fallen told by an ensemble cast of USA Today Bestselling authors who will sweep you away and carry you on an adventure you won’t soon forget. 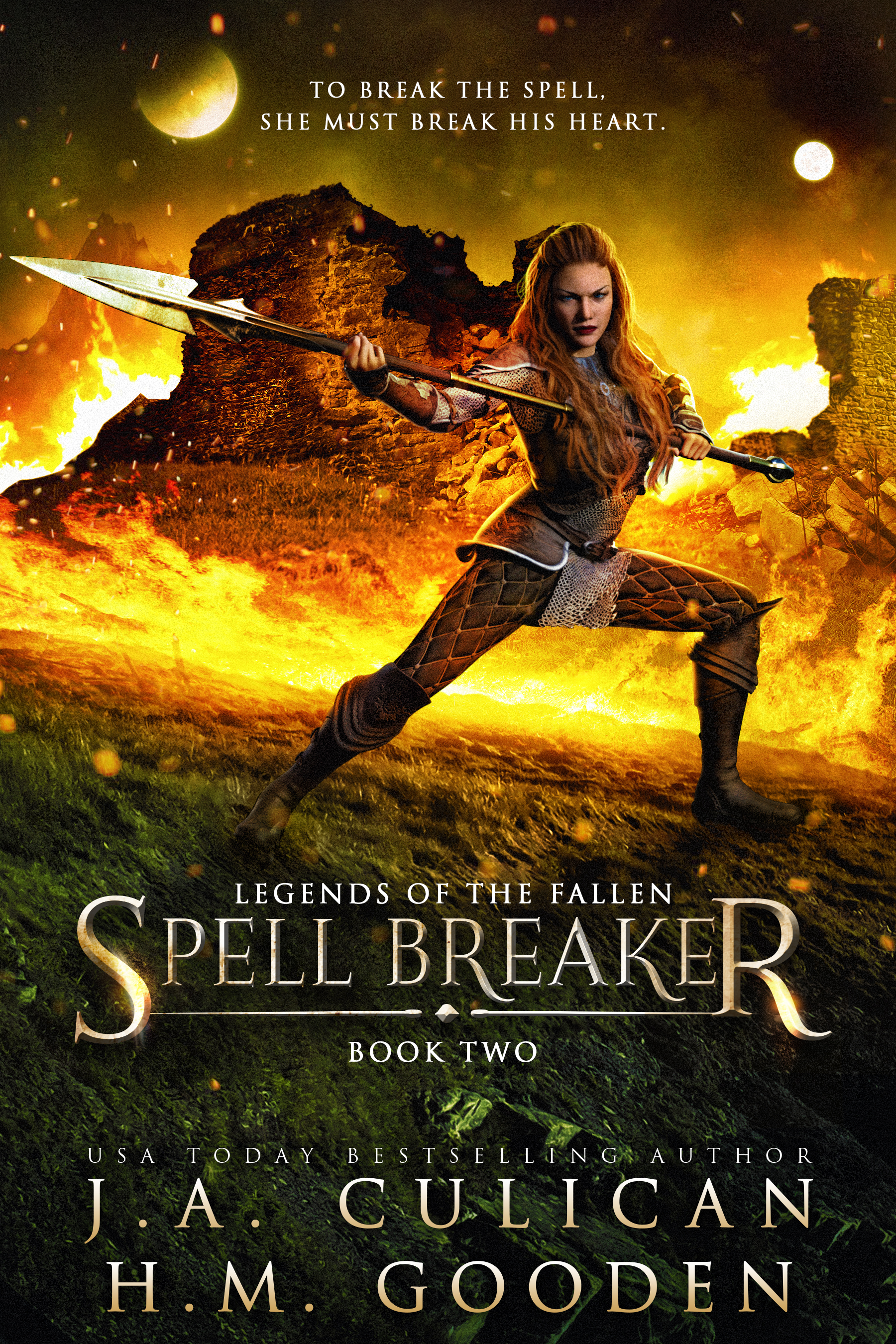 She craved the adventure of a lifetime. She got it and it's much bigger than she ever dreamed.

Everything Aria tried to do in order to save her brother and help those closest to her has made everything worse. She's now alone with Beru, trying to figure out a way to fix what they've done, to undo what they've started. But Aria still can't get over the fact that Beru is a traitor to Onen Suun, the only man who dared to defy Dag'draath. Beru was the reason Onen Suun was forced to sacrifice his life to save the world.

But the more she learns about him, the more she realizes that maybe history got it wrong. Maybe the stories weren't quite true. Maybe Beru never betrayed the leader he so respected.

As they run, trying to find a solution, Dag'draath releases a new danger from his prison, using the rift Aria created.

If they can't find a solution soon, the prison will break, releasing the entire army buried within.

Can Aria and Beru find the key to keeping the prison closed before Dag'draath, the dark god, unleashes his demon army? 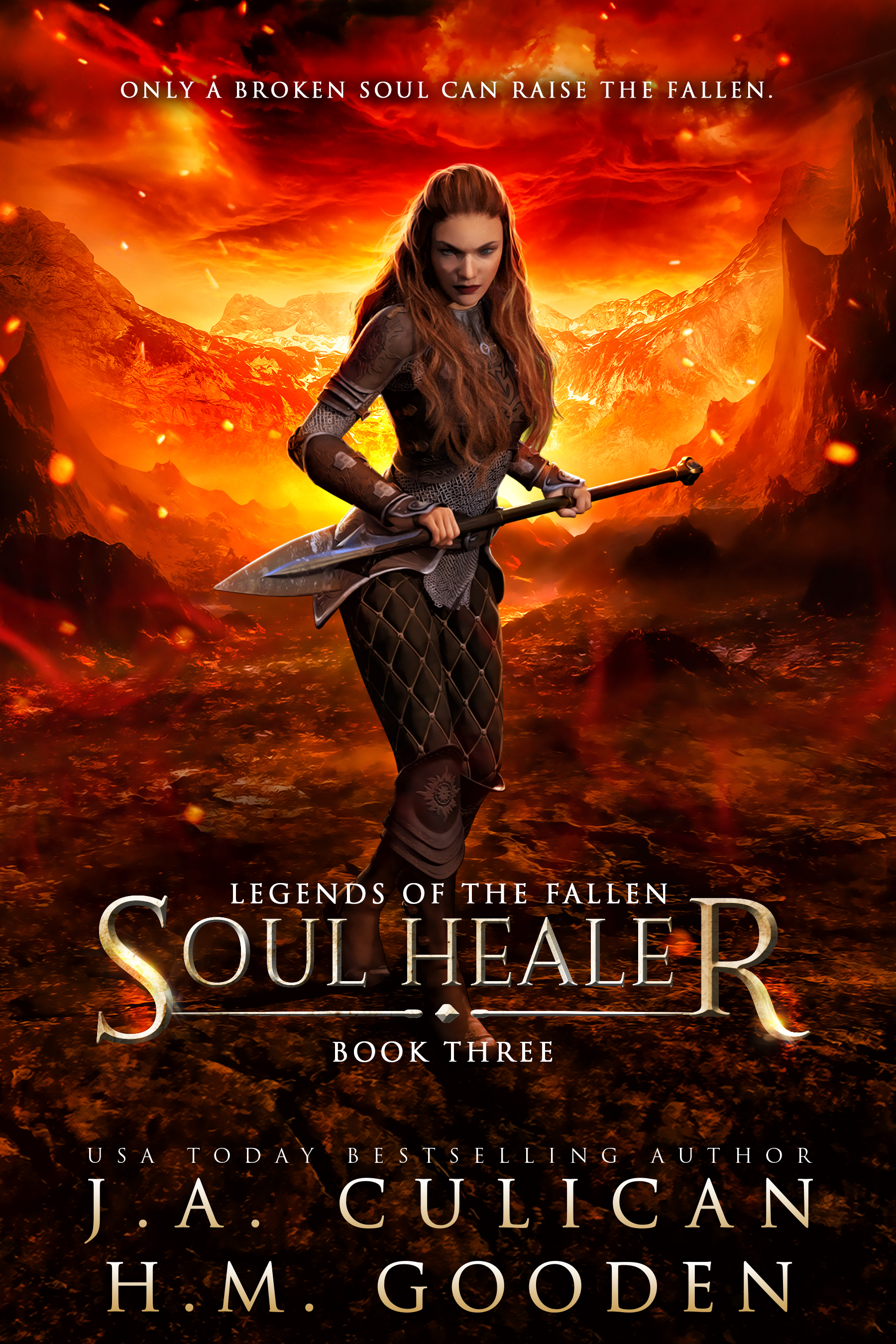 Aria now knows that there’s no plugging the hole in the prison. But that doesn’t mean she’s without a plan.

Aria is finally feeling like she’s figuring things out. At least, she’s not fumbling her way through adventure as much anymore. At least there’s that.

But there is no way to reseal the prison. Too many ur’gel have escaped, making the breach even bigger. And the only thing they can do is to wait for Dag’draath to break out as well.

They have no weapons against Dag’draath, though. He’s a god of evil. In the fight before, they had Onen, the man of Light and everything good. There’s no way to resurrect him.

But she does have someone from the past who might have a solution their war that he doesn’t even realize. In order for him to find that answer, though, Beru’s soul needs to heal. He’d been tortured for two-hundred and fifty years. So, Aria’s next mission is simple.

Heal Beru. Then, figure out what the world needs to do in order to stand up against the greatest enemy they’ve ever faced. 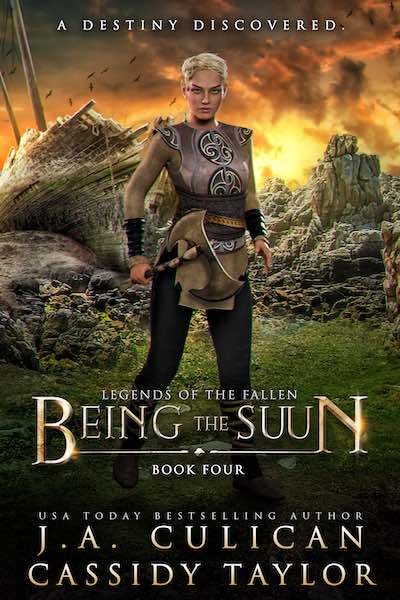 Frida Svand is a mighty warrior. And she might be the only warrior capable of saving the world..

Frida Svand is one of three fierce warrior siblings, stranded on the brutal continent of Bruhier. Monsters live the forest below, and high "island" plateaus provide the only safety from above the clouds.

It's a strange place, but the Svand siblings can survive almost anything.

That is until they're asked to free a High Elf from the prison mine. The High Elves rule the sky islands and rarely even come down to the forest floor. It's a job the siblings refuse.

Frida, however, sees it as one more way to thumb her nose at the local ruler, Stephan Luthair. He's a tyrant and the reason they've been trapped in this small, mining town instead of finding a ship to take them home.

What she finds is a whole lot more than one lone elven prince. It might just be more than she can handle. 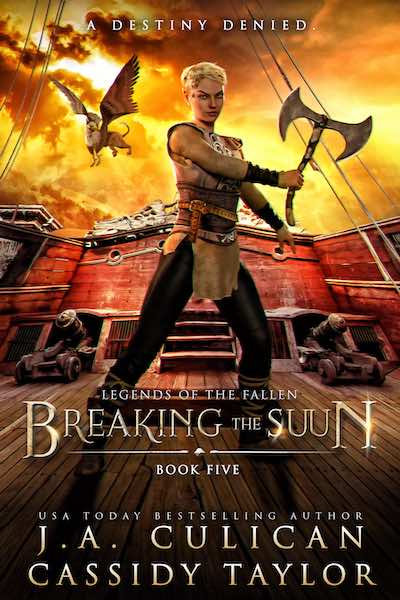 Frida knows she's not what others think. But she's the only one who knows the truth.

The enemy now knows that Frida is Onen Suun's heir. She's reported to be the only person who can seal the prison and keep Dag'draath confined.

But Frida knows the secret, the truth that no one is willing to repeat.

She's not the heir.

While she's desperately trying to locate the real heir, to find a real solution to keeping the prison closed, Dag'draath and his armies are rallying to kill her.

It's going to take all of her might, all the experience of her siblings, and the skills of their elven prince to keep her alive.

Before the Suun heir is broken. 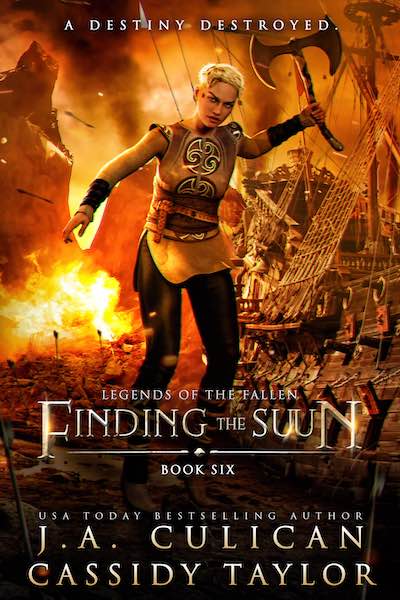 She's not the one. But where is the real Suun Heir?

They've finally determined that Frida Svand is not the Suun heir, and while that's a relief to Frida, that doesn't help their cause. They still need to locate the real Suun heir before she's killed.

The only problem is that she still has to maintain the ruse. Dag'draath and his legion still need to believe that she's the heir because she can defend herself.

However, while she's off defending herself, the heir isn't being called to reseal the prison because those responsible for keeping her safely hidden are disappearing.

The race is on to find the Suun Heir before Dag'draath's agents do. 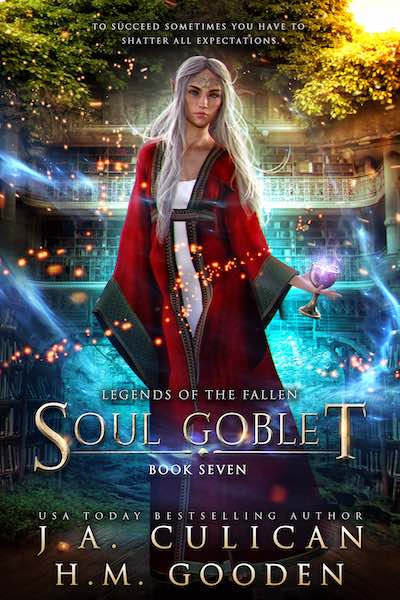 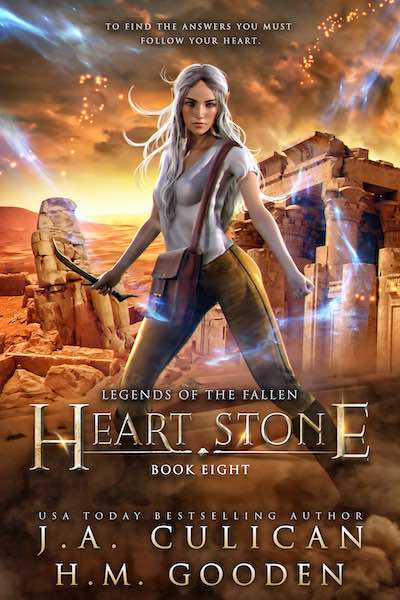 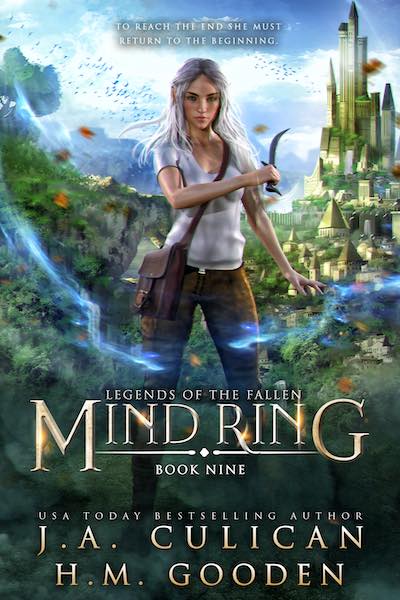 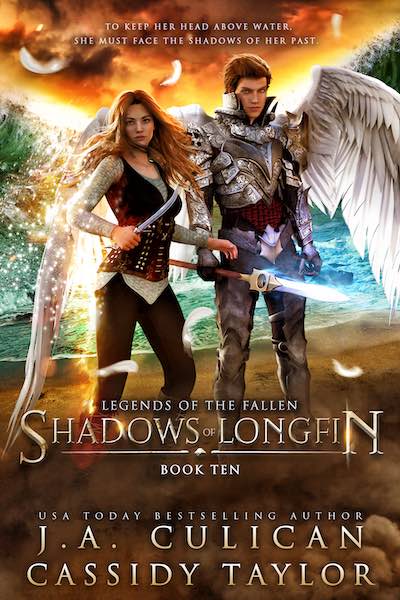 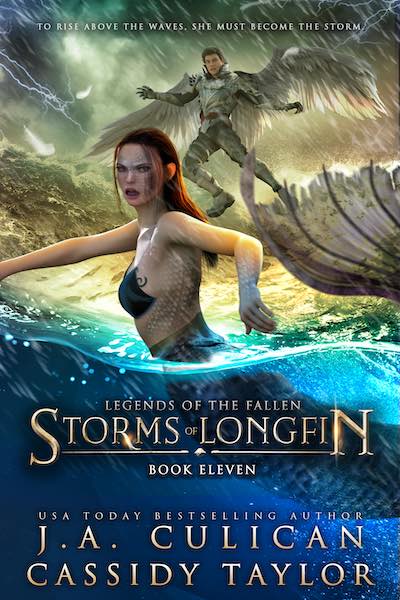 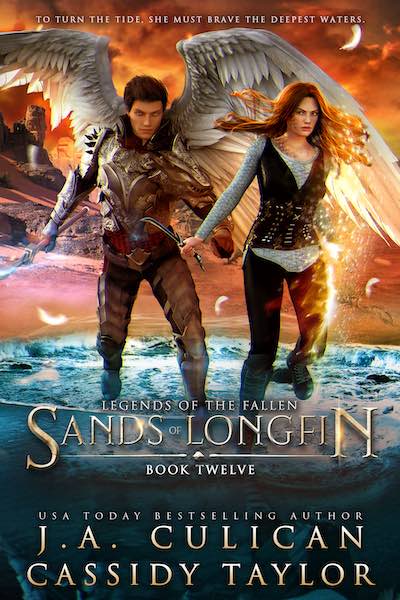 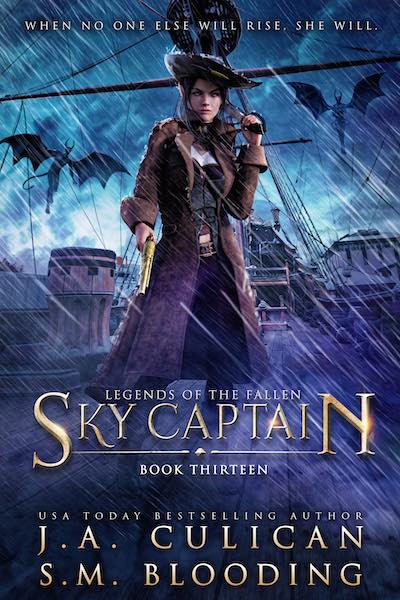 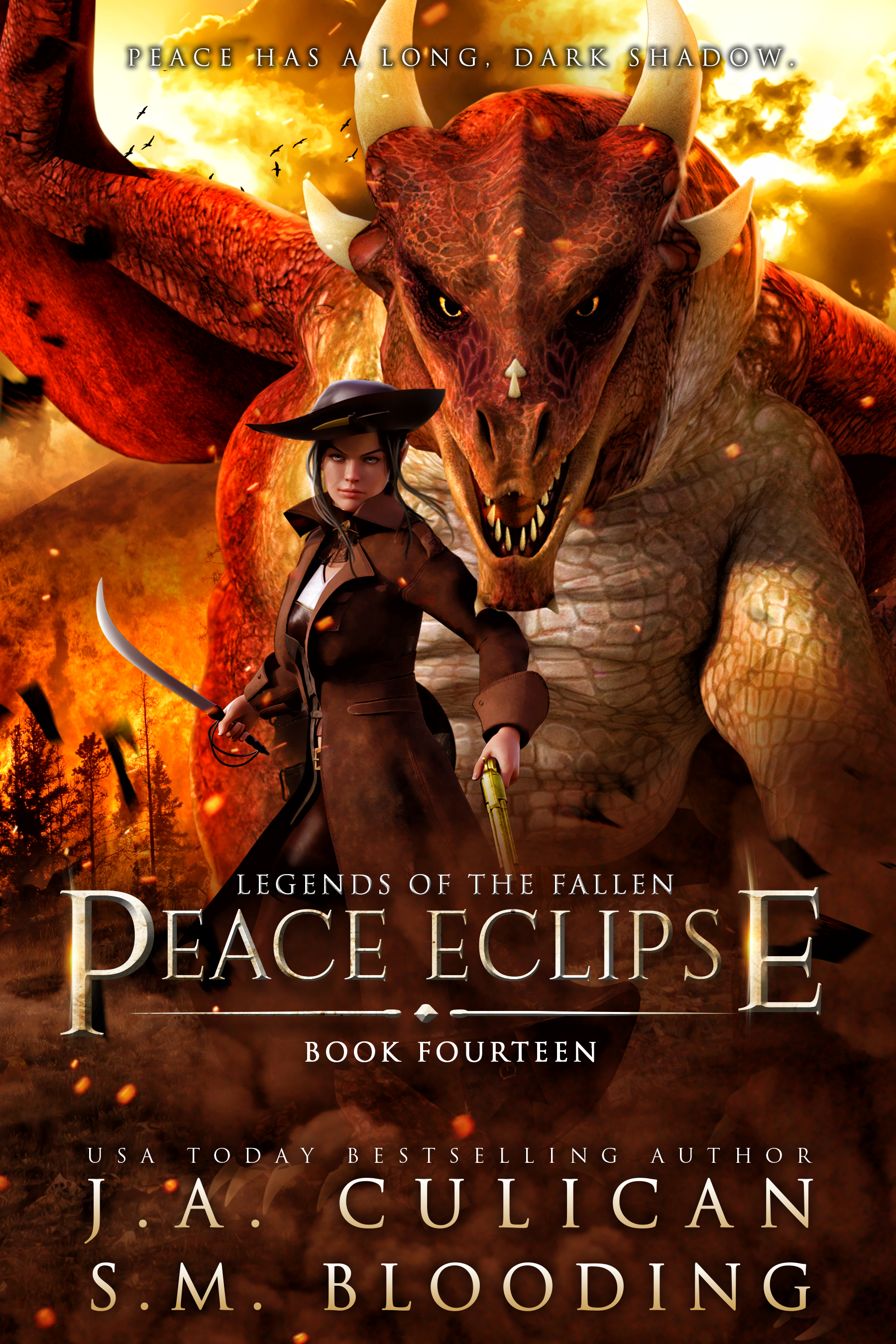 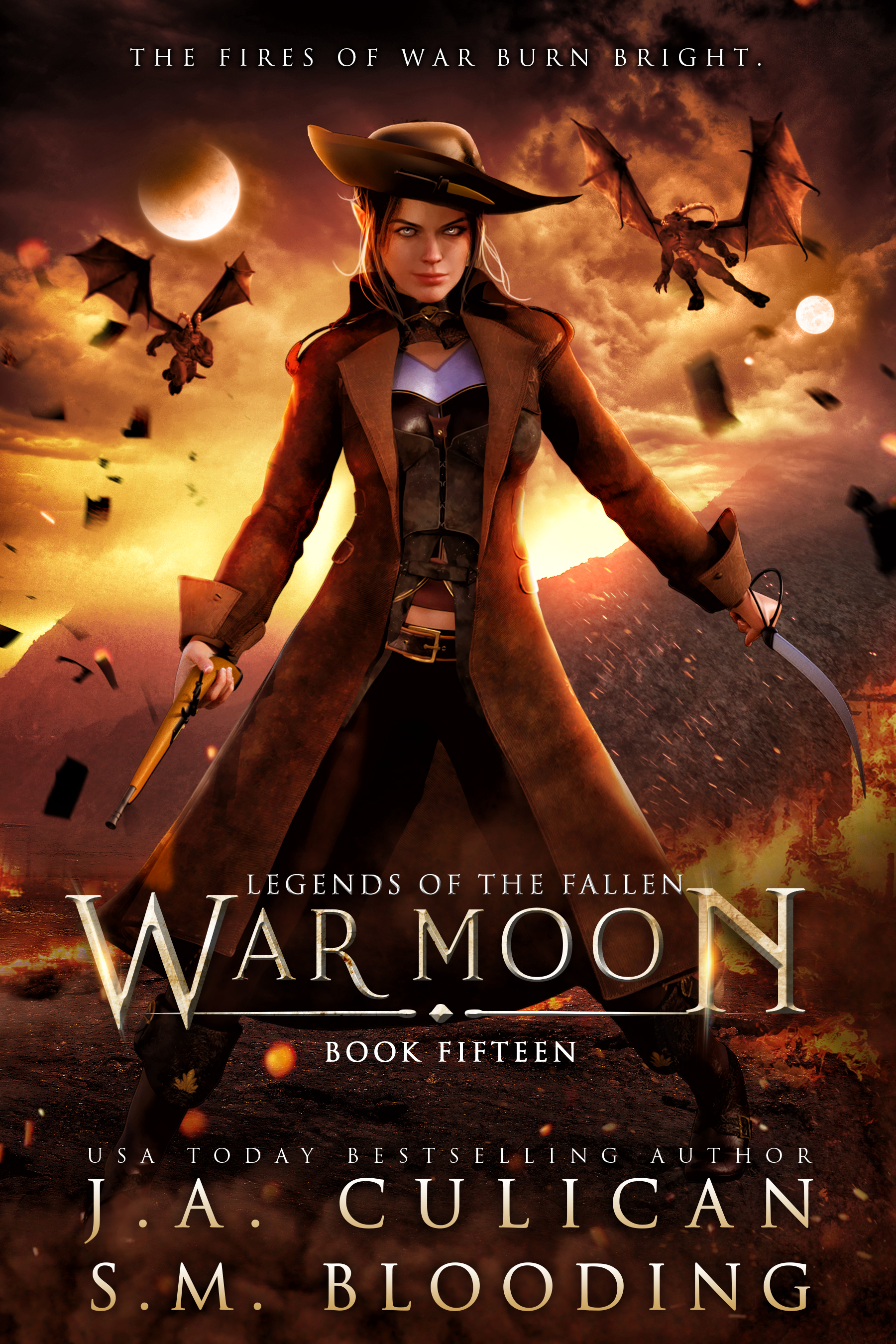