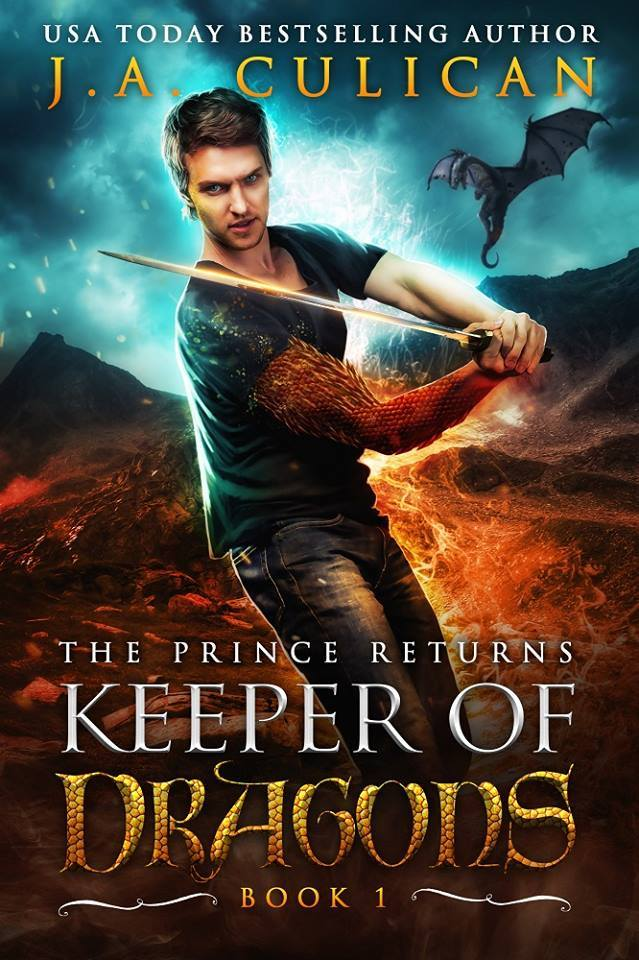 On his 18th birthday, Cole learns that he is a dragon fated to save all that was deemed true.

Cole’s life spirals into an uncontrollable battle for life or death. First, he learns that his family isn’t really his own and his birth parents are dragons. With that legacy comes a special calling; devoting an eternity to protecting all true beings from creatures bent on controlling the Earth and bringing an end to dragons.

As the newly-minted Prince of Ochana, Cole is also the Keeper of Dragons and his first task is to keep the nefarious farro-fallen fairies-at bay. With no formal training, no control of his mahier-dragon magic, and fear like he’s never experienced before, will Cole be able to reach outside of his human side and embrace his destiny in time to defeat the farros? 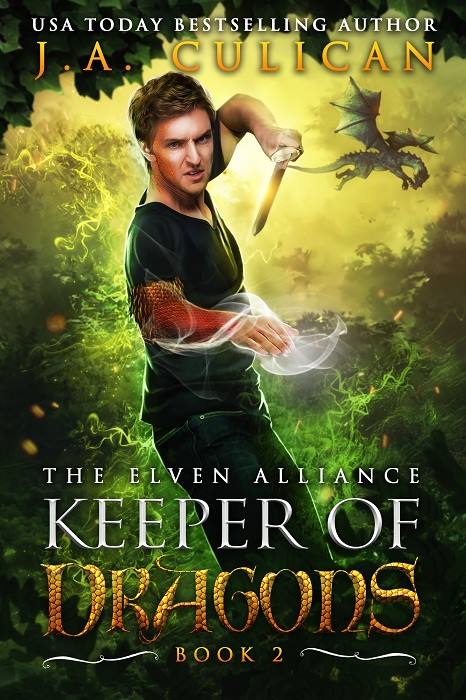 The fates have spoken

Cole and Eva are the Keeper of Dragons - the only ones who can save all true beings from a time of fear.

Cole finds himself unstable, unpredictable and volatile. He has no control of the tilium-fairy magic he stole from the farros. Out of options, the dragons turn to a once ally - the elves - for help. Curious about the dragon who wields both dragon and fairy magic, they accept -but on their terms only. The dragons must submit to Prince Gaber and his rules.

Queen Tana continues to haunt Cole's dreams, as a new enemy shows his face - another fallen enemy with a bigger agenda than the farros-fallen fairies; an enemy stronger and smarter; an enemy with an army that could destroy all true beings. Enter King Eldrick of the eldens-the fallen elves. 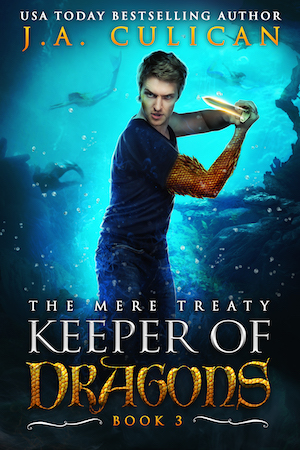 The elves and trolls are gone - stolen by the malicious King Eldrick for their magic. Cole and Eva, the Keeper of Dragons are at odds. Eva is convinced the mermaids are their last hope but Cole wants to head north towards King Eldrick to seek out the rest of the eldens.

Plagued with nightmares, the death of all true beings weighs heavily on Cole's mind. His weakness scares him, and Eva doubts her true reason for being the Golden Dragon.

A Battle Between Good and Evil

There is no choice. All must fight. But only one side can win. Will today be the day when evil finally triumphs for good? Or can the Keeper of Dragons finally put an end to King Eldrick?

There is no question about the birth of the Keeper of Dragons, a time of fear is now 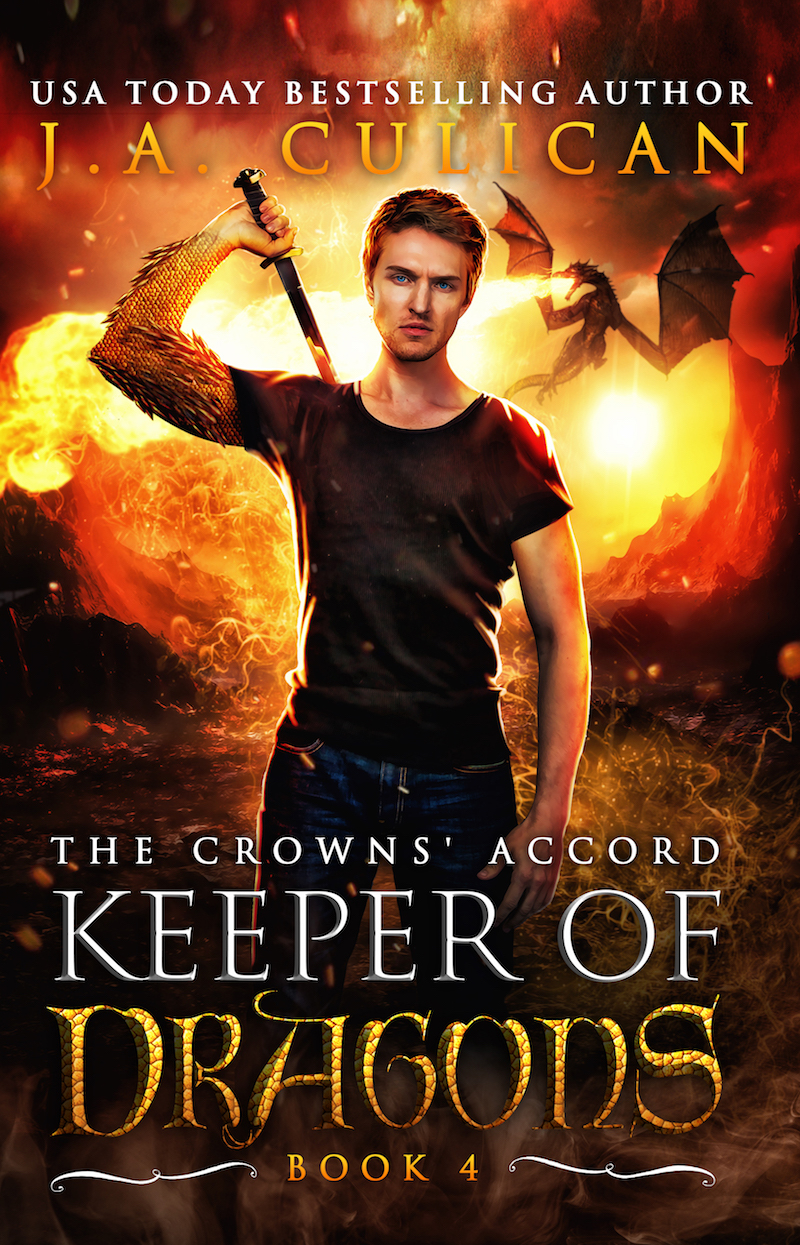 A Time of Fear

The world has begun to die and the dragons are disappearing. With the Fairies divided, the Trolls and Elves in mourning and the Mermaids nowhere to be found, faith in the Keeper of Dragons is dwindling

The Earth begins to die around Paraiso and the remaining Trolls are unable to keep the land alive. Cole is lost and confused as the pressure to save everyone threatens to suffocate him. No one is safe and no one can be trusted as King Eldrick of the Eldens remains missing. His Darkness is spreading and there may be no stopping it.

The strength of all magic still runs through Coles veins. It is a magic he still struggles to control, but he will fight.

Until his final breath 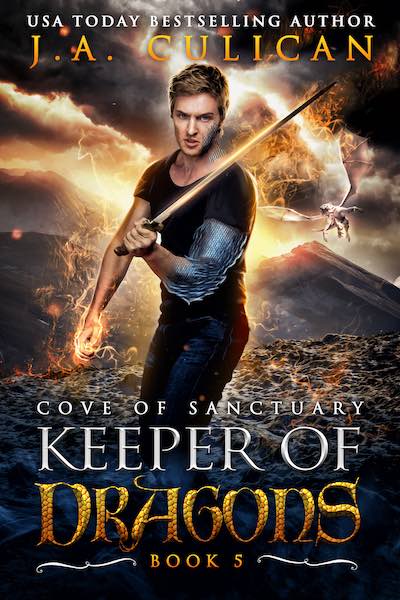 The Time of Fear has passed, and yet the flames of war come anew.

Prince Colton, one-half of the Keeper of Dragons has already saved his dragon kin from the time of fear, defeating the fallen elves and fairies. Life was supposed to be simple now, but the Fates have made it clear. They have a whole new evil in store for Cole with a prophecy no one saw coming.

The Sepans, an ancient and powerful dragon family, have been keeping a low profile on Ochana. Quietly buying their time and making plans to strike and take down King Rylan and the other royals, and rule in their place.

Dark magic has surrounded the island. Rumors are dividing the dragons. Riots and crime against the lesser dragons are getting worse each day.

And from the looks of things, there is nothing Cole can do to stop them.

The end of dragons is near. 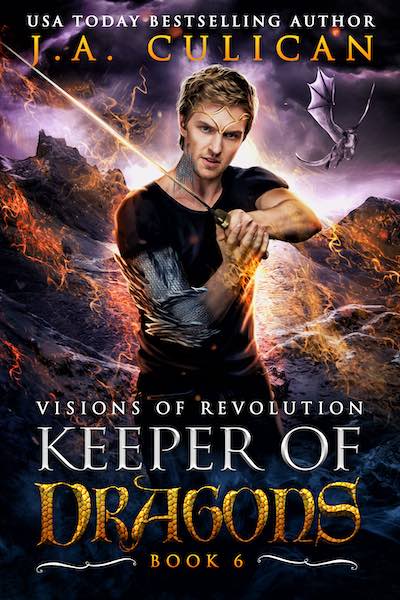