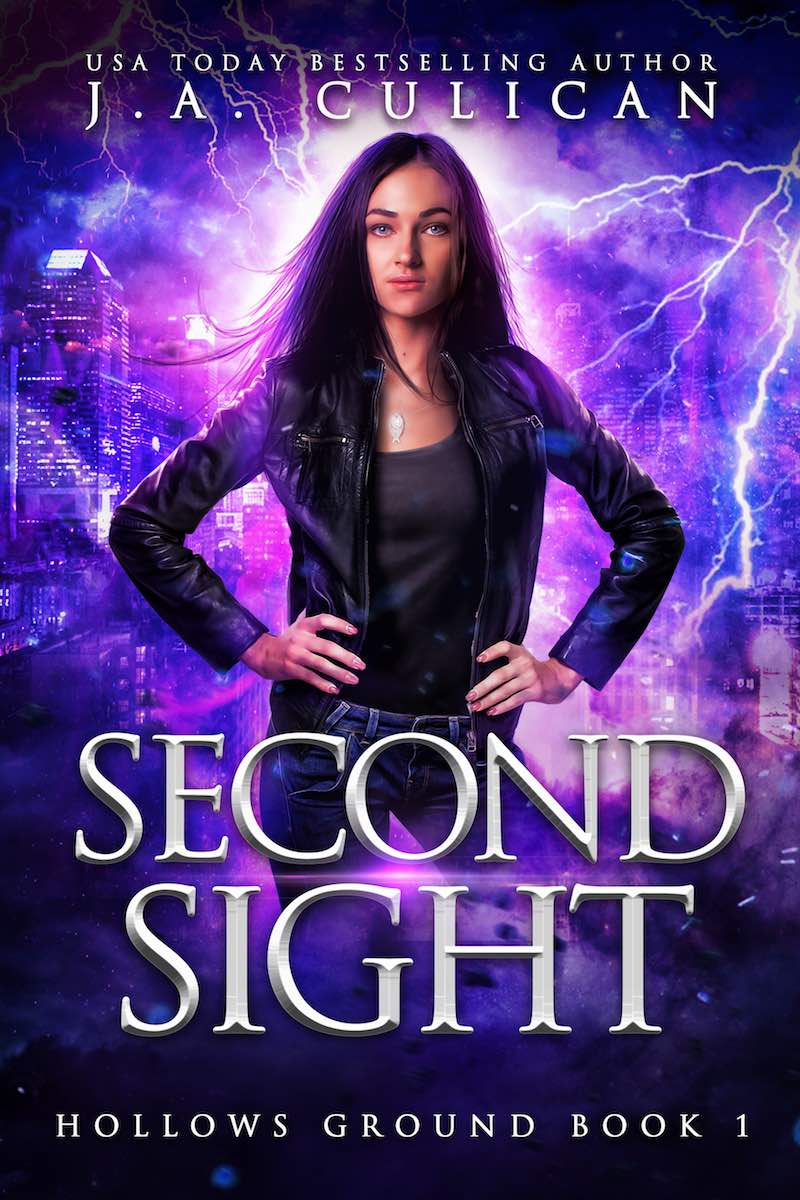 When it comes to death, foreseeing is believing.

Mirela can prophesy the death of whomever she sees. She spends her days locked away in her apartment, avoiding the public and the gift she considers a curse. Until in a devastating vision, she sees a young boy die.

Only she can help.

Only she can save him.

This urgency forces her from her apartment out into the world she's shunned.

Meeting the handsome, Luka, a Shade, Mirela's world changes. He's charming. Magical even. And leads her to an underground city hidden beneath Atlanta, populated by empaths, telepaths, seers, and gifted people like her.

Yet, nothing is as it appears.

A secret war rages between the Shades and the Wraiths, a deadly group of sorcerers who wish to take over the world. Caught between these two dangerous forces, Mirela must choose between fighting at Luka's side or believing the warnings of Talon, a dashing and dangerous Wraith, who sparks something inside of her like never before.

Treason is punishable by death. 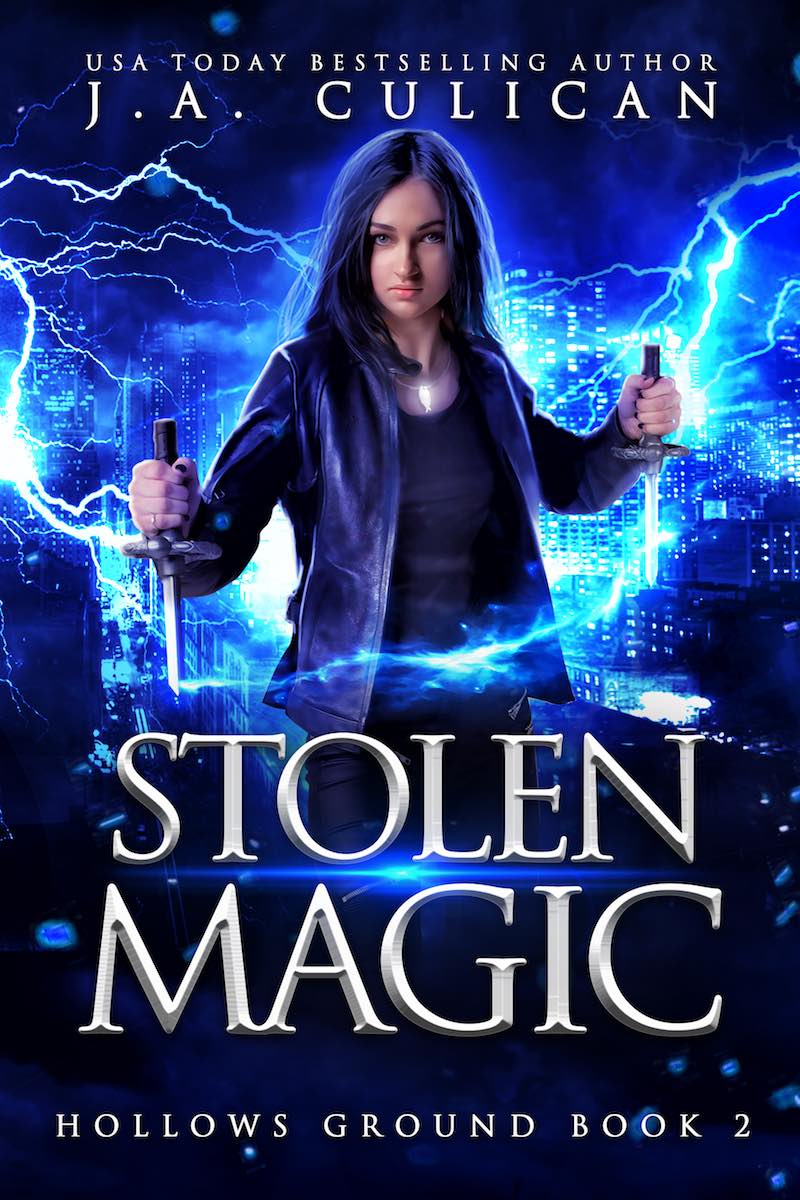 She can foresee death. But can she change it.

Talon has shown up in her life, telling her she's not crazy and that she shouldn't be afraid of her gift. That's easy for him to say. He's not the one seeing everyone die. But when he takes her to Mortals Landing, a city of extravagance and beauty unlike anything she's seen before, she's seen not as a freak but as a valuable asset.

She's in a whole new world with entirely new dangers. Someone is after the Wraiths, stealing their magic. She knows that Talon will be targeted next. She knows this. But she fears she won't be of any use.

Well, it's time to put those fears away and face them. She's going to find a way to alter one of her death visions. And once she conquers one, she'll conquer more. And if she can do that... well, she might be of use after all.

She failed to save Luka. She won't fail Talon. 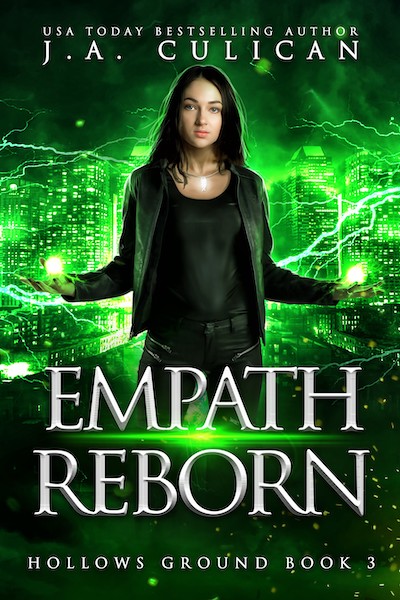 Secrets once buried with the dead are revealed. And even Ela doesn't see them coming.

Talon now holds Ela's heart, even though she still mourns for Luka. His death taught her one thing. She needs to prepare for the coming war. She needs to learn how to harness her powers before the world is brought to its knees.

With her parents in prison for treason, the threat of danger is a constant companion. Any moment, she could be seen as the enemy. Friends could become foes. Enemies could become allies.

Her only option is to focus on her ability to steal magic. If she can steal enough, if she can glimpse enough death, she might discover a way to overcome the invisible enemy.

But what her death omens reveal is something even she could never have imagined.

She will fight anyone who stands in her way. She will save Talon. She will not fail again. 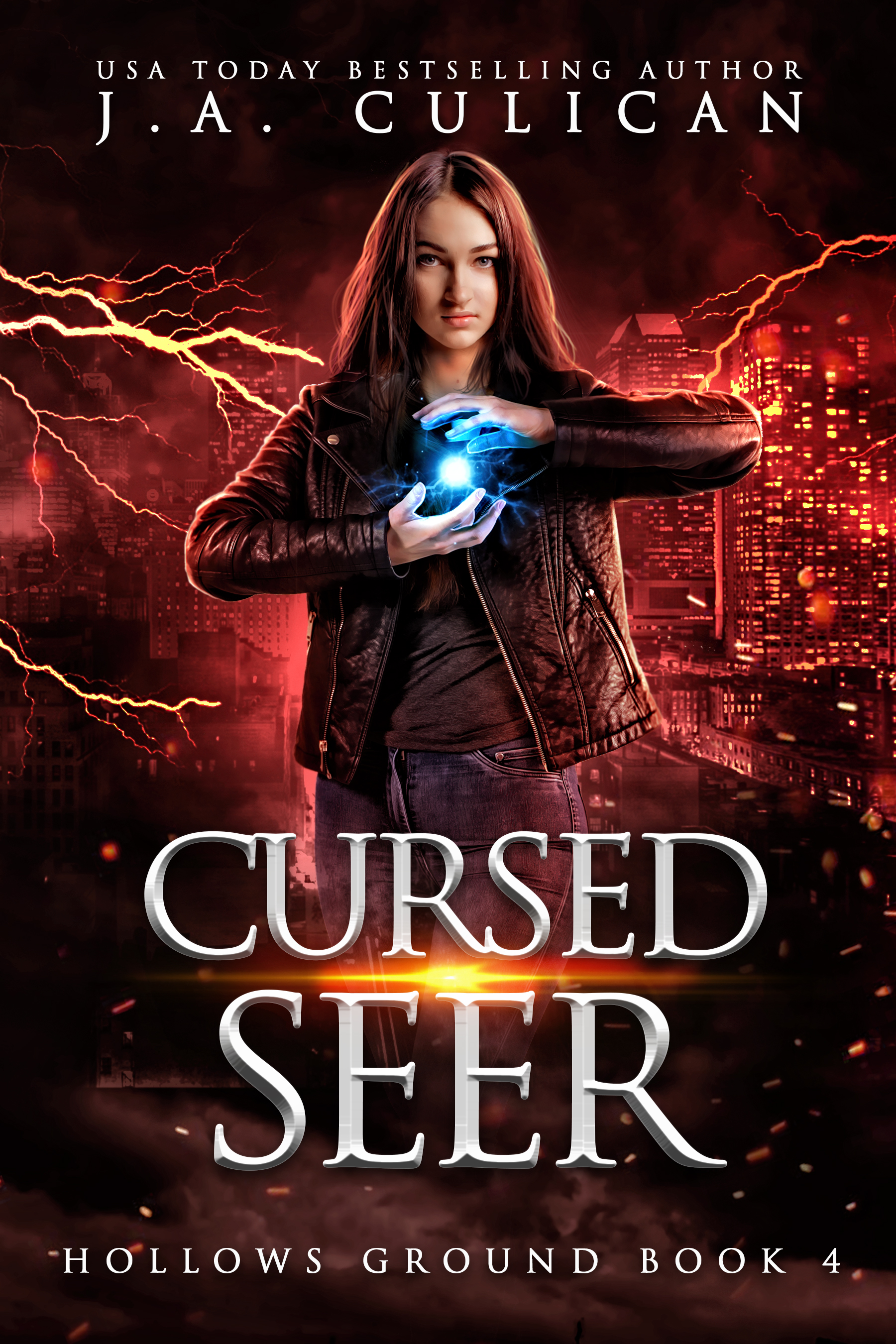 Death is coming for them all.

Luka is back, but he's not the same. Something happened to him. Bringing him back from the dead did something to him that she doesn't know if she can fix. And keeping him there only seems to be doing more damage to him.

Luna is holding Talon hostage, using his magic to her own nefarious purposes in bringing people back from the dead. But Ela can see the effects this is having on Luka. He doesn't belong in the land of the living and it's tearing him apart. Almost literally.

Ela has to find a way to save magic from being destroyed, but in order to do that, she's going to have to make a choice.

How could she possibly choose?