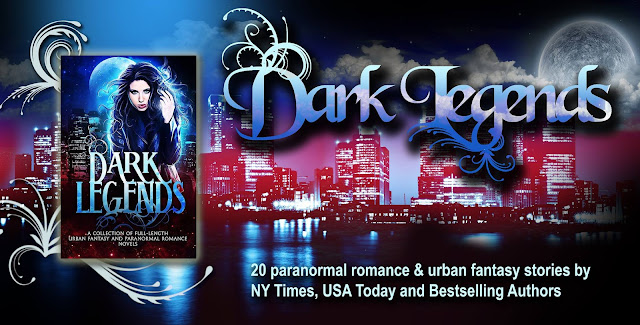 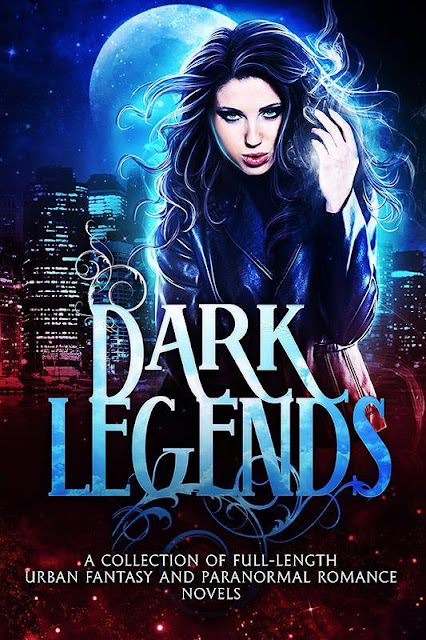 Legends, Mystery, And
Romance You’ll Want To Get Lost In
Demon hunter, Levi Walker eliminates the bastards using
divine weapons. One monster at a time until he tracks down the demonic filth
that killed his best friend. So when he finally corners the beast, it’s payback
time. But with the newest hunting recruit making an appearance and catching him
off guard—the same minx who broke his heart months earlier—the fight takes a
deadly twist. The demon targets Cary, but in Levi’s attempt to save her, they
both get marked for death.
Cary Stone’s secret will get her thrown into Hell faster
than a demon jacked up on virgin blood. Born a half-demon, she’s always
followed her father’s instruction—never get close to anyone, never stay too
long in one place, and always work alone. Except this past year, she’s managed
to break every single rule by getting a job hunting demons, falling insanely
for Levi, and getting them both on the hit list by the biggest mercenary in
Hell. But revealing her secret to Levi comes with the complication of him
attempting to exorcise her. Whichever way she turns, death awaits. All she
really wants is a normal life and a chance with Levi, but looks like that’s a
fantasy she’ll never have.
Warning: Super-sexy hunters, dominance & submissive
themes, and a terrifying hellhound named, Blinkie.

Steam poured out from the open shower door like smoke from
the fiery gates of Hell. She flapped her shirt with her free hand but it did
nothing to cool her down.
She stuck her hand with the tweezers through the open glass
door, mist everywhere. “If you got out of the shower, put some pants on, and
sat on the couch, I could easily remove those splinters.”
Warm, wet fingers banded around her wrist. Her head jerked
toward him, her eyes flying open.
Levi’s long hair was slicked off his face. His eyes were the
warm shade of brandy and seemed to strip her bare of her defenses. “The steam
will help get them out.”
The softness in his gaze weakened her resolve. Water sluiced
down his face, over his lips, dripping from his chin onto a sculptured chest
that called to her. An inferno swarmed her insides, and her gaze shot upward
toward his face.
Her attention dipped to the ink on his chest, just above his
heart, reminding her of a shield. The protective rune reduced the chance of
demons possessing him. It didn’t eliminate the possibility. Nothing did. But
the rune was like the rhythm method—it wouldn’t save him but it might help his
chances—even if just a bit.
The rounded Rune encased a flame with neither a beginning
nor end.
“It’s below my right shoulder.” His mouth curled upward with
a wicked expression. She shut her mouth tight or she’d be asking him to help
her undress. “The splinters,” he prompted.
Words tumbled free without her consent. “Sure… Umm… I mean,
let’s do it.”
He released her hand and turned away from her, but his wet
hair covered the flesh skin below his shoulders.
“You always had long hair?” She pushed the wet strands aside
and spotted two large splinters. Yep, he was telling the truth.
“My dad rarely got his hair cut, and I guess I got picked up
his habit.”
“Hmh.” Her gaze fell to his butt. Two dimples sat above his
firm ass and while her first reaction would have her reach out, grope him, and
lick the beads of water off his skin, she strangled the tweezers in her hand to
keep from reaching for them. Why was she torturing herself?
Studying the corded muscles in his back, she zeroed in on
the two shards of wood again. She placed a hand flat between his shoulder blades,
and scorching heat radiated from him.
Focus. Despite her shaky hand, she plucked them out. Blood
bubbled from the wounds.
“You’re done.” She only made it one quick step away from the
shower before Levi had turned around.
“Thanks.”
Silence floated between them with nothing but the sound of
running water. He wrapped an arm around her waist, drawing her against his wet
body. The moisture soaked through her clothes. Her mind emptied as his hardness
pressed against her, and her libido did somersaults. He withdrew the tweezers
from her clutched hand and set them down somewhere behind her.
“I wish you’d returned my calls,” he said.
Her response jammed somewhere between her toes and ears,
along with any rational thinking. Unless of course, someone considered ripping
their clothes off to jump a naked hunk reasonable behavior. Cary had lost focus
on anything but Levi’s body mashed against hers. His warm breath on her face.
The tightness of his grip around her hips. She felt tiny in his arms. Nothing
mattered right then. Not the demons, not her secret, not even making sense of
why Levi hugged her when she’d made it clear a relationships between them
couldn’t work.
Beneath his gaze, she melted. He offered her a temporary
fairytale escape. With his hand threading through her hair, drawing her closer,
every nerve in her body stood on end. She raised herself on tippy toes and
tilted her head back to reach his mouth. He leaned forward, his soft lips
grazing hers. Fire shot through her body.
“I saw you come in the bathroom before, spying on me.”
“What!?”

T.F. Walsh
Featured
Book: Demon’s Mark
It’s wonderful to be here, and
I’m super excited to chat with you. Can’t wait to see what questions you’ve got
lined up for me. Fire away.
How long have you been a writer, Tania, and how did
you come to writing?
While I’ve only been writing for about five
years, I like to think that a writer has always been living inside my head. I
grew up listening to bedtime Romanian stories that could only be compared to
the Brothers Grimm tales, and ever since then folklore and mythology has
fascinated me. I remember as a child, I enjoyed scribbling stories on pieces of
papers and on the inside of book covers. I even signed the books as if they
were my own. Let’s just say, my sister wasn’t impressed when she found her
books written on. It was years later when I fell ill with a horrible flu that I
pulled out my laptop out and decided to type up some of my ideas. And ever
since, I haven’t been able to stopJ
How did you come up with this storyline?
Well, funny story. I was going through this
phase of watching Supernatural and Dog the Bounty Hunter shows… addicted is a
better way to describe it, anyway, after getting my fix, a story came together
in my mind. A half-demon hiding in plain sight in the human world and working
alongside the country’s best demon hunter. What could possibly go wrong… right?
On another note, I went through another
phase of watching those b-grade snake movies too – Anaconda vs Python. But no
story has spawned from them yet!!
What are the best and the worst aspects of
writing?
I love hearing from readers what they
thought of my stories, if they’ve been touched by a scene, did they connect to
a character. The aspect of writing I adore is creating fictional worlds, and
then getting lost in them.
The hard part is stepping back from my
creative side and editing. Needs to be done because I’m a big believer that
great stories are rewritten during edits, but that ride sure is a bumpy one.
What inspires you to write?
The passion of delving into my imagination
and letting anything happen.
How did you conduct your research for Demon’s
Mark
Lots and lots of reading on the topics I’m
writing. Much of this was done online. So in Demon’s Mark, I did extensive
research on how priests exorcise possessions, understanding the hierarchy of
demons, what exactly are hellhounds and their abilities (You’ve want to meet
Blinkie in Demon’s Mark!!). I also watched lots of YouTube videos to really see
the streets of Detroit and Ann Arbor as I’ve never been there.
What are 3 of your favorite quotes from Demon’s
Mark?
Oh this is so hard…
Cary shifted in her seat, her insides
buzzing. “Thanks, but I only spank guys I’ll respect in the morning.”
—
Levi stepped closer, his eyes hooded. “You
might have just ruined me for any other girl.”
—
What did hellhounds snack on anyway—steaks,
rabbits, arms? But the real question was who had sent it?
More Favorites from Demon’s Mark:
“Because your Cary is a fantasy. She’s not
me. And you know nothing about the real me! Did you know that I hate cherries.
I always sleep with socks, even in summer. And I sponsor seven kids in
Bolivia.” A shiver rolled down her back, and she rubbed the goose bumps from
her arms. She locked her gaze with him and braced herself for his smart-ass
response.
What would your friends say is your best
quality?
Wild imagination + positiveness
Are reader reviews important to you?
Absolutely… I love hearing from readers and
seeing how my stories made them feel. How they interpreted the story and
characters.
What do you do when you don’t write?
I actually work as a social media manager
for a kitchen appliance company in Sydney, AustraliaJ
Tell us about your other books?
My Wulfkin Legacy series follows a band of
wolf shifters from Transylvania and their struggle to find their mates amid
secrets, danger and a power-hungry alpha who doesn’t care who he crushes to get
his way. The first story in the series, CLOAKED, begins with Daciana who leaves
the pack to live in the city and falls for a forbidden human detective. The
latest book in the series (#5) comes out December 2016 – Cloaked in Christmas.
And for readers who adore dragon-shifters,
then my story, FALLEN ASHES has just come out. It follows the story of Fallen,
the last dragon-shifter trying to escape capture by the Queen. But getting
herself magically bound to the Queen’s Guardian wasn’t on her to-do-list.
Neither was falling for him. But he has a hit list with Fallen’s name on it. And
if she dies, so does he. Along with the rest of the world.
If you could share one thing about yourself
that you would like readers to know what would it be?
I was born in Transylvania, and a lot of my
stories are based in Romania which is a country seeped in legends. I love
introducing readers to new locations and making them feel like they are discovering
new worlds.
It’s been a blast and
if anyone has any questions, be it about my stories, giant reptiles, or
Transylvania, please feel free to reach out to me at www.tfwalsh.com 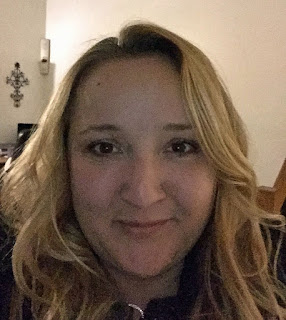 TF Walsh emigrated from Romania to Australia at the age of
eight and now lives in a regional city south of Sydney with her husband.
Growing up hearing dark fairytales, she’s always had a passion for reading and
writing horror, paranormal romance, urban fantasy and young adult stories. She
balances all the dark with light fluffy stuff like baking and traveling. 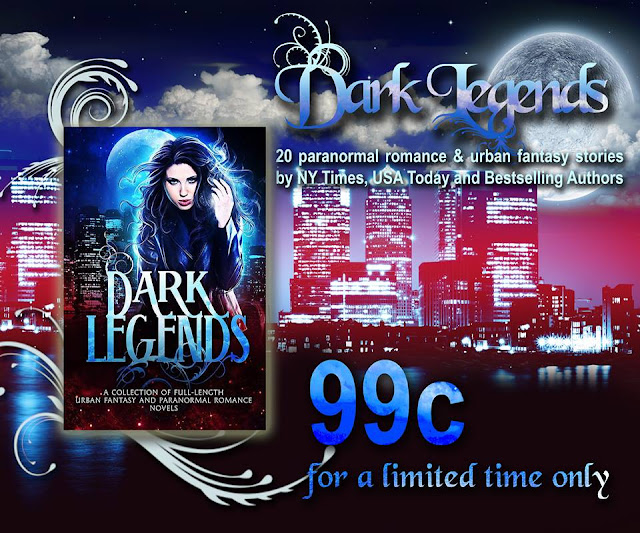